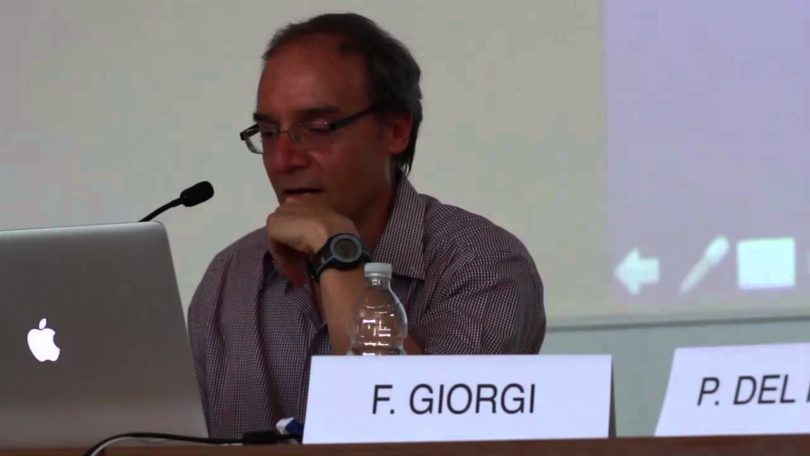 Giorgi is an international expert in climate modeling and climate change research. He authored or co-authored over 200 papers in peer-reviewed scientific journals and is included in the list of most highly cited scientists in the geosciences (which places him in the top 0.5% of this category). He has been PI or co-PI of over 25 research grants in Europe and the U.S.  From 2002 to 2008 Giorgi was one of the vice chairs of Working Group I of the Intergovernmental Panel on Climate Change (IPCC), which won the 2007 Nobel Peace Prize. He contributed to all five IPCC Assessment Reports to date. Giorgi is a member of a number of top international scientific committees, and in particular the WMO/ICSU/IOC Joint Scientific Committee (JSC) of the World Climate Research Program (WCRP), which supervises the research activities of WCRP.